A small family of Calyptrate flies with 55 species in 23 genera recorded from the British Isles. Vockeroth (1987)[1] considers that it is the most northerly distributed of all fly families and is almost entirely confined to the Holarctic, with only five species known from the southern hemisphere. In Britain, many species are restricted to the north, whilst few are confined to the south. The richest fauna is found in central Scotland.

The family are often known as “dung-flies”, but this is not a particularly appropriate name because only about five or six species in the genus Scathophaga are actually dung breeders. This name probably derives from the “Common yellow dung-fly”, S. stercoraria, one of the most abundant and ubiquitous flies in Britain. It is an appropriate name for this species since the furry, yellow males are typically seen sitting on fresh cow pats or sheep droppings, but other members of the family are actually rather diverse in life style and larval habits include leaf and stem miners in plants and aquatic predators on eggs and larvae of other invertebrates. 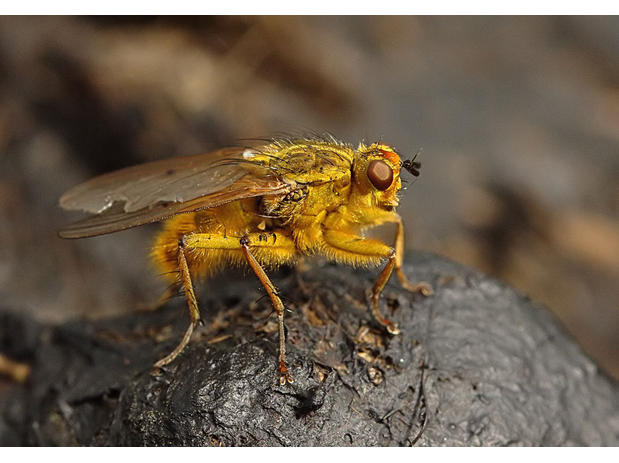 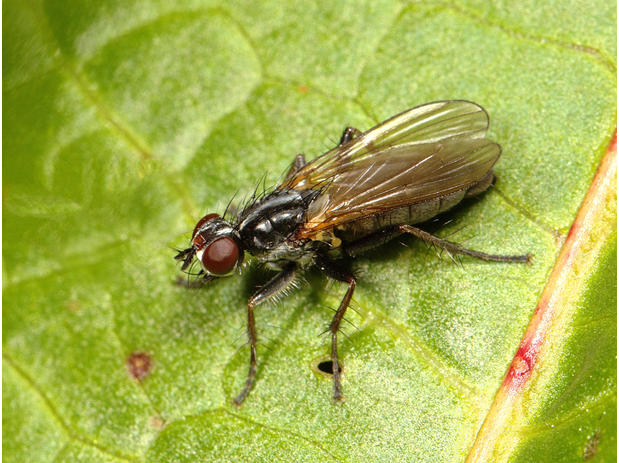 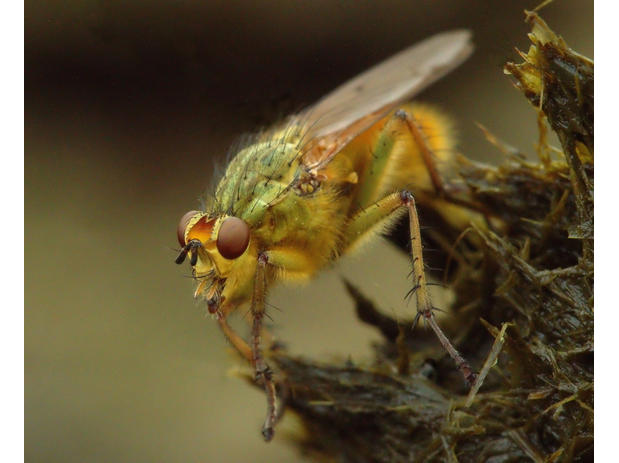 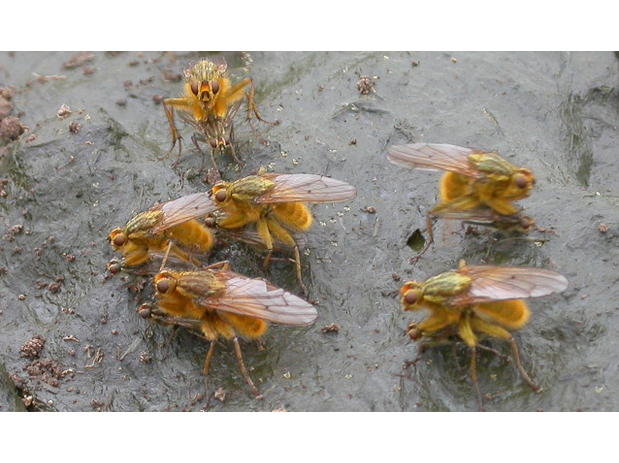